As you cheer on China at the Winter Olympics, learn about the wonders of chemical creation.

Walking into the "Ice Ribbon" of the National Speed Skating Hall, you can see a whole 12,000 square meters of ice, which is the largest multi-functional ice surface in the world by using carbon dioxide transcritical direct cooling technology. 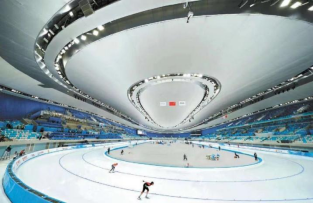 "Transcritical direct ice production from carbon dioxide"? -- Sounds like a big deal! So, what does it mean? 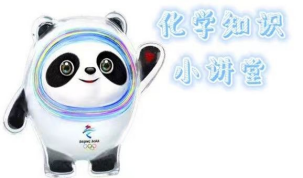 First, we need to understand what a Critical point is. Take water, which is common in our life, for example. When heated, water turns into steam. According to the knowledge of thermodynamics, this process undergoes the change of liquid water -- a mixture of liquid water vapor -- gaseous vapor. However, when water is heated at 373℃ and 22.064MPa, there is no obvious change in the physical properties of liquid water and gaseous vapor, only one phase exists, and water becomes compressible and expansible. And it prefers to mix with non-polar gases and organic molecules, and this point is the critical point for water. Carbon dioxide, for example, has a critical temperature of 31.1 degrees Celsius and a critical pressure of 7.38 megapascals. The region above the critical point is called supercritical, the region below is subcritical, and from subcritical to supercritical is trans-critical. 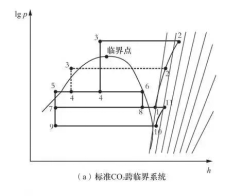 Freon and other refrigerants used in the past have caused serious damage to the environment, while carbon dioxide transcritical direct cooling ice technology has the advantages of environmental protection, energy saving, wide sources, safety and non-toxic. Moreover, the ice produced by carbon dioxide direct cooling system has better quality and can accurately control the ice temperature and hardness. Meet the requirements of different projects on the ice surface, known as the "fastest ice". 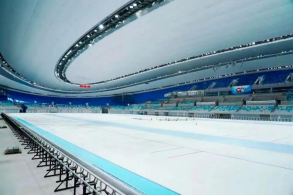 Award ceremony dress is a beautiful scenery of the Olympic venue. Unlike the Summer Games, where temperatures can drop to minus 30 degrees Celsius, how do you make the ceremonial outfits look good and comfortable while keeping warm?

Ski wear is made of shear thickening fluid (STF) material, which is a kind of intelligent molecular material, normally in a sticky semi-liquid state. Once encountered high-speed impact, these intelligent molecules are immediately connected to form a protective layer, so that the external impact force is scattered around, not concentrated in a certain point of the body. Ski suits made from STF materials are highly protective and, more importantly for athletes, solve the problems of air resistance and flexibility. 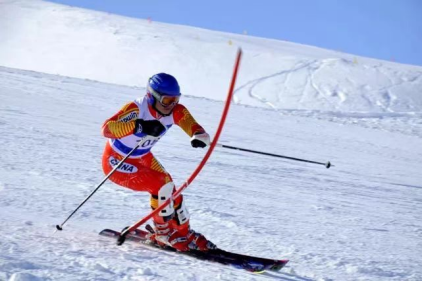 The mystery of the Winter Olympic torch

As one of the most eye-catching elements of the Olympic Games, the "flying" torch of the Winter Olympics attracted many eyes once it appeared. 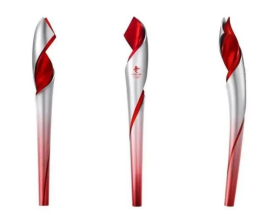 The torch shell must not only be fire-resistant to high temperatures but also be able to withstand extreme cold. How to withstand this "ice and fire" double test? The secret lies in the new materials used. The winter Olympics torch "flying" carbon fiber and high performance resin combined to make carbon fiber composite material, only about 1/4 of the mass of steel, but the strength of steel is 7 to 9 times. By weaving carbon fiber in three dimensions, the torch shell is finally woven like a "sweater". No seams or pores can be seen, and the whole shape is integrated. In order to achieve high temperature resistance, the burning end of the upper part of the torch is ceramized in the high temperature above 1000℃, which effectively solves the problems of foaming and cracking of the torch shell in the high temperature preparation process, and achieves the requirements of both temperature resistance and fire resistance, and realizes the normal use of hydrogen combustion environment with combustion temperature > 800℃. And the carbon-fiber torch is light and strong enough to break. At the same time, the torch relay in winter, traditional metal materials feel bad, carbon fiber can effectively solve this problem, avoid cold touch.

One of the biggest features of this Winter Olympics is "green". The Beijing 2022 Winter Olympics, China's first world-class sports event since the country proposed the goal of carbon peak in 2030 and carbon neutral in 2060, promised to completely neutralize carbon emissions. Among them, from clean energy to environmentally friendly materials, chemical high-tech has played a role. 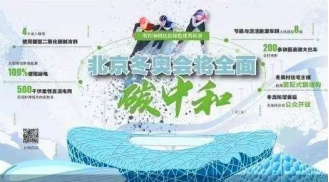 The Olympic Games are not only an "arena" for athletes, but also a "testing ground" for cutting-edge science and technology. From these magical chemical high-tech, we can also fully feel the motherland's science and technology "faster, higher and stronger" development. Just as the slogan of Beijing Winter Olympics -- Let's move forward together!