Under the high oil price, the competitiveness of coal propylene may appear counterattack!

Under different production processes, the production cost of propylene in China is greatly different, and the cost of coal-to-olefin has been relatively high in most of the past year, which is directly related to the sharp rise in coal price caused by the dual control of energy consumption. The cost of PDH olefins production is always in the position of cost and is in a relatively competitive propylene production mode.

The double control of energy consumption in October 2021 led to a sharp rise in coal prices, which also created huge cost increases and losses for China's coal-based propylene and polypropylene. According to statistics, in the past year, China's coal to polypropylene production profit appeared nearly 9000 yuan/ton loss, also the largest in history.

However, by the end of March 2022, due to the decline of coal price, the cost of coal to propylene decreased significantly and was still in a downward trend. This may lead to a reversal of competitiveness in the coming April, and the competitiveness of coal-based propylene may be reversed. 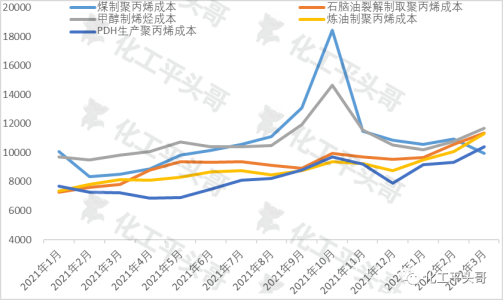 It should be specially noted that due to the slight differences in production mode, industrial chain matching and cost among enterprises, the cost difference among polypropylene enterprises is obvious. Therefore, the calculated cost is the average cost of the industry, not the cost of enterprises. 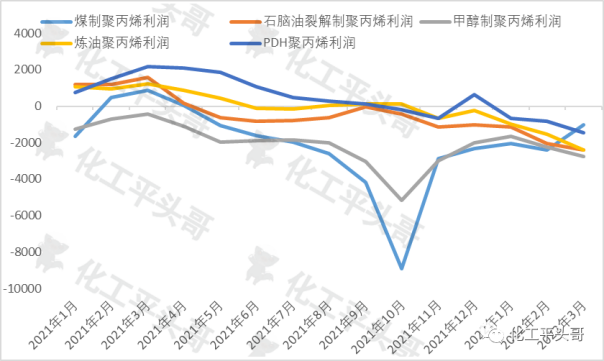